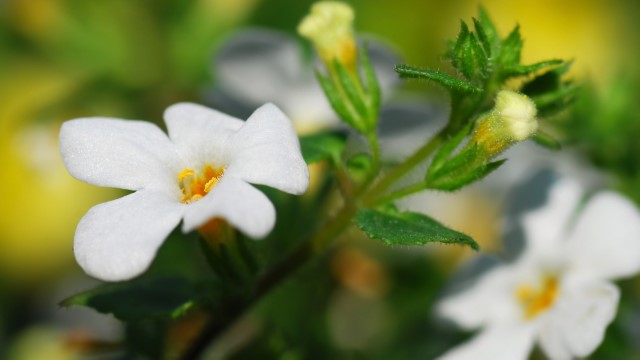 Bacopa is an herb originally from India and a component of many ancient Ayurvedic formulations. Its use, dating back to 2,500 BC, includes a tonic formula to stimulate cognitive function and prolong longevity.

Numerous clinical studies have been conducted to evaluate bacopa’s benefits on brain health and cognitive function (1-8). Bacopa extracts have been clinically demonstrated to improve cognition, particularly speed of attention, in healthy individuals. Bacosides, key compounds present in bacopa, are being investigated for their neuroprotective effects and ability to modulate the brain neurotransmitters acetylcholine and serotonin (1, 7).

Nutritional Support for a Sharp Mind

Finding optimal nutritional support is a step in the right direction when it comes to preserving the brain health and memory of an aging population. Although several biomedical research groups are working on understanding brain function, designing a medicine for cognitive support has not yet been possible. Ancient practices have a different perspective and solution. For example, Indian Ayurvedic medicine has described alternative ways to combat mental fogginess and to slow down the brain’s aging process through a combination of herbs and energy balance.

Bacopa monnieri (L.) Wettst, is an ancient herb also known as thyme-leaved gratiola or brahmi (10, 11, 12). The plant is found in warm, marshy wetland areas, including India, East Asia, Australia, and the United States (11, 12, 13). Bacopa is a member of the plantain family, Plantaginaceae (4), a key ingredient in Ayurveda and Traditional Chinese Medicine (10, 12).

The ancient Ayurvedic books Caraka Samhita (2,500 B.C.), the Sushruta Samhita (2,300 B.C.) and the Indian Materia Medica, give account of bacopa’s many benefits as a tonic to support intellectual activity (10, 11). In modern scientific literature, bacopa is defined as a nootropic substance (11, 14, 15, 16, 17), from the Greek “nous” meaning “mind” and “trepein” meaning “to bend.” Nootropics improve cognitive function, particularly executive functions, memory, creativity, or motivation. This help protect the brain from chemical and physical assaults, and increases the efficacy of neuronal firing control mechanisms in cortical and sub-cortical regions of the brain.

Researchers have found a unique chemical class of triterpenoid saponins, the bacosides, (16). Bacosides are unique to this plant’s genera and their content is used in the quality control of the herb (8). The physiological role that bacosides play in bacopa benefits is beginning to be understood (11, 16, 18). Bacoside A and bacoside B, steroidal compounds in nature, seem to be essential for the neuroprotective and neuromodulating effects of bacopa extracts (7).

Bacopa extracts have been reported to have many actions on in vitro and animal studies, protecting brain cells from oxidative stress and modulating the formation of essential brain chemicals (6, 16). Animals given bacopa extracts show benefits in motor learning, acquisition, retention, and delay extinction of newly acquired behaviors (16). Numerous clinical trials with bacopa have now been published (1-9).

Australia is the leading country on the clinical trials effort, conducting most recent randomized, double-blind, placebo-controlled studies under the supervision of Dr. Con Stough, director of the Swinburne Centre for Neuropsychology University in Melbourne and Director of the National Institute of Complementary Medicine (NICM) Collaborative Centre for the Study of Herbal and Natural Medicines for Neurocognition (2-6).

Australian clinical trials have shown bacopa benefits on human cognition and as a neuroprotective and memory enhancer (1-8). The combined results of these trials suggest bacopa works in complementary pathways in the brain providing an integral protection and neuromodulation, improving cognition (7). The mechanism of action of bacopa includes inhibition of free radicals responsible of causing harm to brain cells. It also works as both an inhibitor of acetylcholinesterase and as an activator of choline acetyltransferase, two key enzymes modulating brain’s activity (16, 18). The result is that the neurotransmitter acetylcholine is increased supporting a sharp memory and retention (16, 18).

Isagenix offers bacopa in both Ionix® Supreme and in IsaGenesis®, two key products providing optimal nutritional support to keep a healthy and active population with a sharp brain. These products provide different levels of bacopa extract aimed to help support your mental health.