Why Creatine Could Help You Beat the Heat 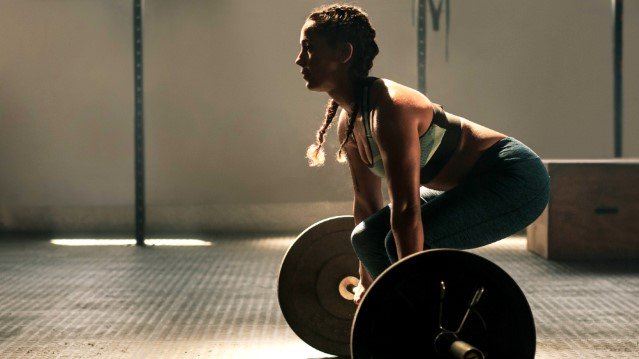 Why Creatine Could Help You Beat the Heat

Nowadays, up to 74 percent of athletes are reportedly using creatine because of its well-researched benefits on performance. However, some athletes have concerns about using the supplement in hot or humid environments, as creatine could have a negative effect on hydration. However, new research suggests that creatine could help with thermoregulation and actually support hydration status. Here’s why:

As an osmotically active substance, creatine attracts water. Because creatine is stored primarily in muscle tissue, supplementation often increases the amount of water muscle cells retain (1). This is a very important when it comes to exercise performance.

In the average human body, total-body water varies between 45 and 75 percent of body mass (2). This amount is influenced by such factors as muscle and fat mass, fitness level, and glycogen stores (2). Up to 60 percent of total body water resides inside cells. This is called intracellular fluid. The remaining extracellular fluid, outside of the cells, is composed of blood plasma and interstitial fluid (2).

Interestingly, when exercising in hot and humid environments, an increase in intracellular fluid volume can improve thermoregulation. Essentially, the more hydrated your muscles, the better you can control body temperature.

The role that creatine plays is in storing extra water in the muscle cells to transfer into plasma if necessary. The more water in the plasma increases the more fluid in circulation. This can both prevent dehydration and improve thermoregulation by dissipating heat (5). Not surprisingly, creatine has been reported to slow the increases in core temperature during exercise in the heat (6).

Based on the results of multiple studies, there’s no clinical evidence that creatine supplementation, when taken in recommended dosages, will increase the risk of dehydration and heat illness (7). On the contrary, as an osmotically active substance, creatine supplementation may decrease the risk of heat illness by lowering exercising core body temperature (6).

Once again, creatine is found time and time again to be safe and effective (7). Numerous studies have supported the use of creatine as a sports supplement with demonstrated improvements in performance.

What are the ingredients in AMPED Nitro, and what do they do?

Creatine monohydrate is a naturally occurring compound that helps supply energy to muscle. By increasing energy availability to muscle, creatine supports weight lifters’ efforts to lift more weight longer and sprinters’ efforts to run faster, longer. This can result in an increase in muscle mass, power, strength, and speed (1, 2). There is also evidence that creatine helps improve recovery from intense exercise (3).†

L-citrulline is a naturally occurring amino acid that increases nitric oxide production. Nitric oxide boosts athletic performance by increasing blood flow and the delivery of oxygen and nutrients to muscles during activity while also supporting cognitive performance by increasing blood flow to the brain (4). In addition to increasing the production of nitric oxide, citrulline has been shown to improve anaerobic exercise performance and stimulate muscle protein synthesis by activating muscle-building pathways (5-8).†

Nitrosigine® is a unique patented form of arginine, a metabolic precursor to nitric oxide. Nitrosigine has been shown to be more bioavailable than plain arginine alone, making it a powerful ingredient for boosting nitric oxide levels and blood flow to active muscle (9).† The benefits of Nitrosigine start in as little as 30 minutes after consuming and can last at least 3 hours. Nitrosigine has also been shown to support increases in mental acuity and focus as well as pre-workout energy levels (10, 11).†

Beta-alanine is a naturally occurring amino acid that combines with histidine to form carnosine in the body. Carnosine helps create a buffer in muscle to inhibit the buildup of lactic acid, which contributes to early fatigue and exhaustion. Studies show that supplementing with beta-alanine can help extend time to fatigue and improve endurance by providing an intramuscular buffer against lactic acid accumulation (15, 16).†

Betaine is a molecule that is shuttled in and out of cells and affects cellular hydration. Supplementation with betaine has been shown to increase total repetitions and volume load while supporting increased power and force in resistance exercise (17, 18). Having increased intracellular concentrations of betaine promotes resilience to stressors (19).†

Taurine is an amino acid that has been shown to be an important factor in improving performance and protecting against oxidative stress during exercise (20). Taurine may have benefits for enhancing exercise capacity because of its cellular protective properties (21).†

Who can benefit from AMPED Nitro?

Anyone age 16 and older who is looking to improve energy, strength, and mental focus during a workout to better maximize training efforts.†

How is AMPED Nitro different from AMPED Power?

AMPED Power and AMPED Nitro both contain creatine, Nitrosigine®, and citrulline and are both effective preworkout products. AMPED Nitro also contains caffeine, beta-alanine, taurine, and betaine for those who want additional support for more effective workouts and improving performance.

Why do I feel tingling or prickly sensation when I take AMPED Nitro?

Beta-alanine, an ingredient in AMPED Nitro, may cause a mild, temporary tingling or prickly sensation in some users. This is a normal, harmless sensation and is a well-known sign that the ingredient is working. The sensation is typically felt on the face, neck, or back of the hands and should subside within 60-90 minutes after supplementation. Not everyone will feel the tingling due to individual differences and dosage sensitivity.

Can pregnant and breastfeeding women use AMPED Nitro?

AMPED Nitro is not recommended for pregnant or breastfeeding women.

Should I combine AMPED Nitro with AMPED NOx and/or e+?

Depending on your goals, you may incorporate all three products – AMPED Nitro, e+™, and AMPED NOx – into your preworkout regimen.

AMPED Nitro contains 100 mg of naturally sourced caffeine from tea leaves. You should be aware of your personal level of caffeine tolerance before combining e+ with AMPED Nitro. Using AMPED Nitro and e+ together may provide more caffeine than you desire.

AMPED Power and AMPED Nitro use many of the same ingredients, so there may not be any added benefit to using the two together prior to a workout. AMPED Power is an excellent choice for those who don’t want the added caffeine or for days when you have a lighter workout planned.

AMPED NOx works to support blood flow in a different way than AMPED Nitro. It can be taken any time before a workout and can be combined with AMPED Nitro for added support.

Can I use AMPED Nitro on a Cleanse Day?

Why is there sugar in AMPED Nitro?

Studies have shown that a modest intake of easily absorbed carbohydrates including simple sugars can support better exercise performance in athletes. The use of sugar also provides a pleasant flavor without the use of any artificial sweeteners or flavors.

Can AMPED Nitro be used every day?

Yes, AMPED Nitro is an effective addition to your daily exercise routine.

Is it safe to take two servings of AMPED Nitro in one day?

Many athletes perform two workouts in one day – one in the morning and one in the afternoon. For these athletes, it’s safe to use a serving of AMPED Nitro before each workout. Keep in mind that because of its inclusion of caffeine, AMPED Nitro may interfere with sleep if taken in the evening hours before bed.

Who can benefit from AMPED Nitro?

AMPED Nitro is an effective preworkout supplement for anyone participating in intense physical activity.

Nitrosigine is a registered trademark of Nutrition 21, LLC and is patent protected.

​​†This statement has not been evaluated by the Food and Drug Administration. This product is not intended to diagnose, treat, cure, or prevent any disease.