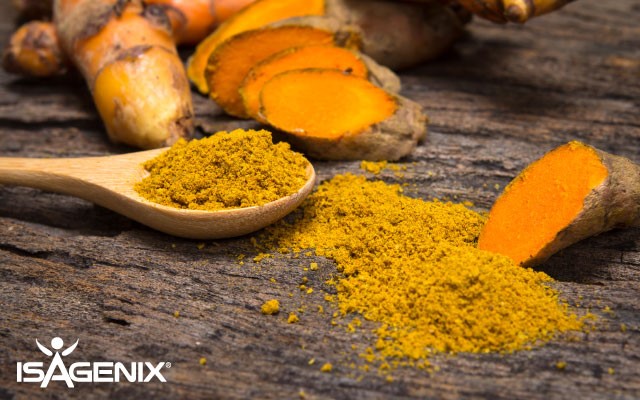 Also referred to as “Indian saffron” or “Indian solid gold,” turmeric is derived from the rhizome of the plant Curcuma longa and is immediately associated with colorful Indian and Asian curries.

But did you know that turmeric is also responsible for the color of mustard as well as functioning as a clothing dye? The pigment even contributes essential religious symbolism for Indian weddings.

So what exactly are the roots of its multifunctional contributions?

Historically, the use of turmeric – which belongs to the same plant family as ginger – dates back 4,000-5,000 years to India and Indonesia. The plant is also mentioned in the writings of Marco Polo during his 1280 journey to China and India. Finally, it was during the British rule of India that turmeric was combined with other spices and labeled as “curry powder” that is so familiar with us today.

Curcumin Is a Major Component of Turmeric

Turmeric contains a wide number of phytochemicals, but the primary component that’s attracted worldwide scientific inquiry is curcumin. Curcumin is the polyphenolic pigment contributing to turmeric’s yellow color and believed to be responsible for most of this spice’s health and wellness benefits. On average, curcumin comprises 2-5 percent of turmeric.

Curcumin itself has been used for millennia as a therapeutic agent in traditional Indian (Ayurveda) and traditional Chinese medicine, and beginning with its first citation in 1937 (1), interest in curcumin by the scientific community has increased substantially. (A search of the terms “curcumin” or “turmeric” on the PubMed website of scientific publications demonstrate this popularity. The number of publications in 2016 alone was greater than the total number of publications from years 1945-2003.)

Curcumin’s influence on molecular pathways are numerous and complex. It’s not surprising that the pigment could potentially have several health-related benefits, including:

In addition to Brain Boost & Renewal™, Isagenix also offers other products containing highly purified curcumin. For example, you can also find curcumin in Cleanse for Life®, IsaGenesis®, and CytoActives™. Overall, to enjoy the maximal health benefits of this “Indian solid gold,” incorporate these Isagenix products into your daily dietary supplementation routine, along with the occasional Asian and Indian curry – because it’s delicious!